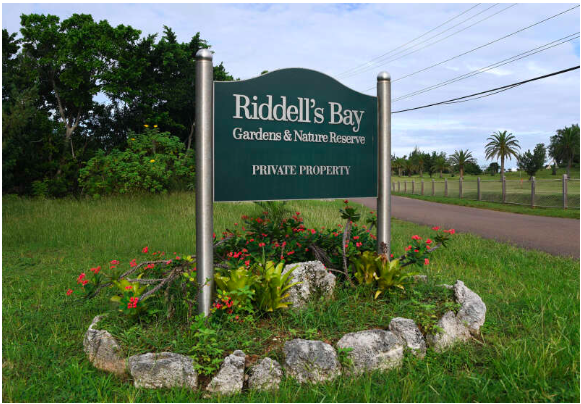 A swath of the former Riddell’s Bay Golf Course has officially become a nature reserve, according to a government notice.

A total of 16.6 acres on the southwestern portion of the land has been designated a nature reserve under a protected land agreement, signed by Walter Roban, the Minister of Home Affairs, on October 31.

The notice stated that the designation would “allow for the establishment and preservation of the land as a Nature Reserve in perpetuity wherein the land will be reserved principally for plants and habitats for local wildlife by restricting actions which can be carried out within the designated area”.

An even larger swath of land at the property covering 49.5 acres of the former golf course is subject to a conservation management plan.

The two lots make up the Riddell’s Bay Gardens and Nature Reserve, which is open to the public and includes walking trails and gardens.

A spokeswoman for Castile Holdings, the company that owns and manages the site, said last year that more than 2,000 trees had been planted at a cost of $1 million while work had also been carried out to remove invasive species.

Another 23 acres, a quarter of the site, has been divided into 18 plots of land which are being sold to buyers who want to build homes.

Mr Roban also signed off on the redesignation of 3.4 acres of land on White Crest Hill in Smith’s as an Open Space Reserve.

Previous: Beyond Plastic Champions Programme Launches
Next: Help your health: say no to single-use plastic