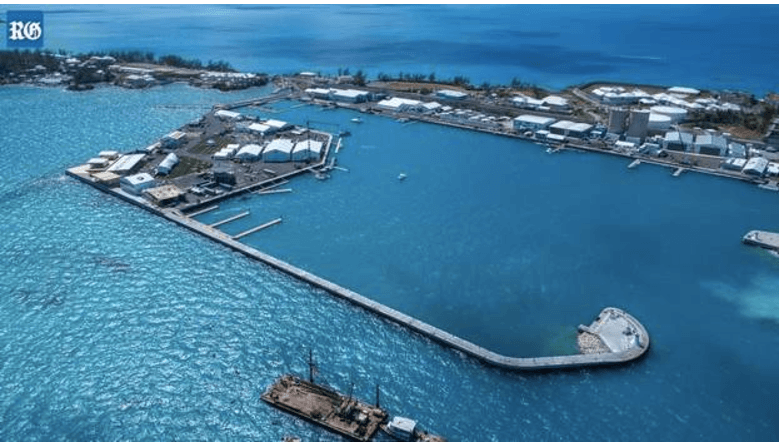 An eco-friendly business hub could become the new tenant at Cross Island after the America’s Cup sets sail.

In a report released yesterday, the Cross Island Legacy Committee — established to find a use for the nine-acre parcel of land currently housing the America’s Cup Village — recommended that it should be used for an “integrated blue/green business hub”.

Indoor agriculture, aquaculture and renewable energy would be incorporated, said the committee. Some 300 ideas were submitted by the public, including proposals for water and dog parks, an open-air concert venue — and even a brothel.

Wayne Caines, chairman of the committee, said that the recommendation followed “systematic processes”.

“If we take all the elements of this proposal together, we think the overall value is far greater than if you take them individually,” he said.

“It is really important to understand that we are not talking about some grow-out in the backyard here.”

The West End Development Corporation originally forwarded plans that could have seen the site transformed to a new home for Marine and Ports operations, a boat service yard with superyacht capacity, and a maritime school.

A Supreme Court decision, following an appeal launched by the Bermuda Environmental Sustainability Taskforce, found deficiencies in the Environmental Impact Assessments completed for the possible redevelopment proposals, however.