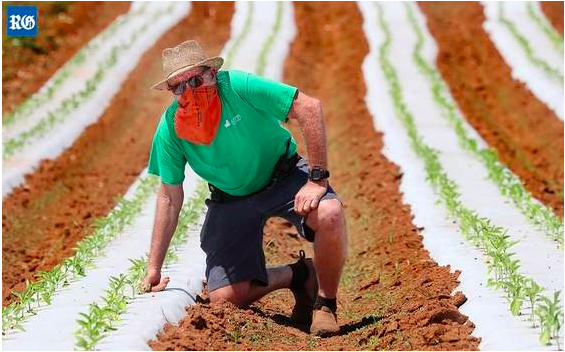 Renewed calls to ban glyphosate-based weedkillers in Bermuda have been made after the company that owns the Roundup brand said it would pay almost $11 billion to settle cancer claims linked to the product.

Campaigners said alternative ways to control weeds, such as steam and flame weeding and organic treatments, should be considered instead.

Tom Wadson, the owner of Wadson’s Farm in Southampton, said: “We need to start thinking outside the box before we end up inside a box.”

German chemicals giant Bayer, which bought Roundup maker Monsanto in 2018, announced it would pay $10.9 billion to settle cancer claims, but denied any wrongdoing. The company said the payout would end “uncertainty”.

Roundup became the world’s most popular weedkiller over the past four decades. But it has been the subject of more than 100,000 lawsuits where claims were made that the weedkiller’s active ingredient, glyphosate, caused cancers.

Previous: BEST plea over fishing regulations
Next: A timely thought on the environment