A timely thought on the environment 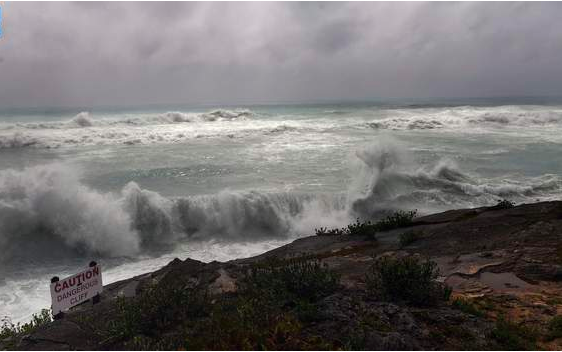 As Hurricane Teddy disappears into the rear-view mirror, older readers may have remarked on the increased frequency of hurricanes, both targeting Bermuda and more generally.

Hurricane experts have already named the most recent hurricanes Alpha and Beta, meaning that they have already run through the usual alphabet of names when there are almost six weeks left of hurricane season.

It is not entirely clear why Bermuda is receiving more direct hits than it is used to. It now occurs on a near-annual basis whereas in the previous century, decades could pass between direct hits.

But what is indisputable is that the frequency of hurricanes has certainly increased dramatically in the past 20 years, as has their intensity.

There is a consensus in the scientific community that this increase in frequency is related to climate change and to the increase in sea-surface temperatures — an essential ingredient for both the creation of the storm and its strength.

Past editorials have dealt with the causes of hurricane intensity and there is not space to go into such detail again. But the links between rising sea and air temperatures are proven.

For Bermuda, climate change represents an existential threat, a term that is devalued by overuse. If sea levels continue to rise at their present rates, Bermuda will start to lose substantial parts of its landmass as a result of erosion and of flooding of low-lying areas. Some of Bermuda’s wetlands are already being affected by increased salinity, which affects bird life and other parts of the ecosystem. It is not unreasonable to assume that there will be longer periods of drought.

In terms of the economy, Bermuda’s tourism season in normal years tends to die on Labour Day and this can be partly attributed to the association of Bermuda — or any island whose name begins with B — with hurricanes.

There will come a time when international companies decide that the inconvenience of power outages, work disruptions and airline cancellations — again, in normal times — are not worth their while and this will be an added reason to place their staffs or their entire business elsewhere.

In the meantime, the cost to Bermuda of remediating flood areas, building up sea walls and the like will continue to grow. Money that could go to other services or simply to reducing our spiralling debt will be spent on climate-change works.