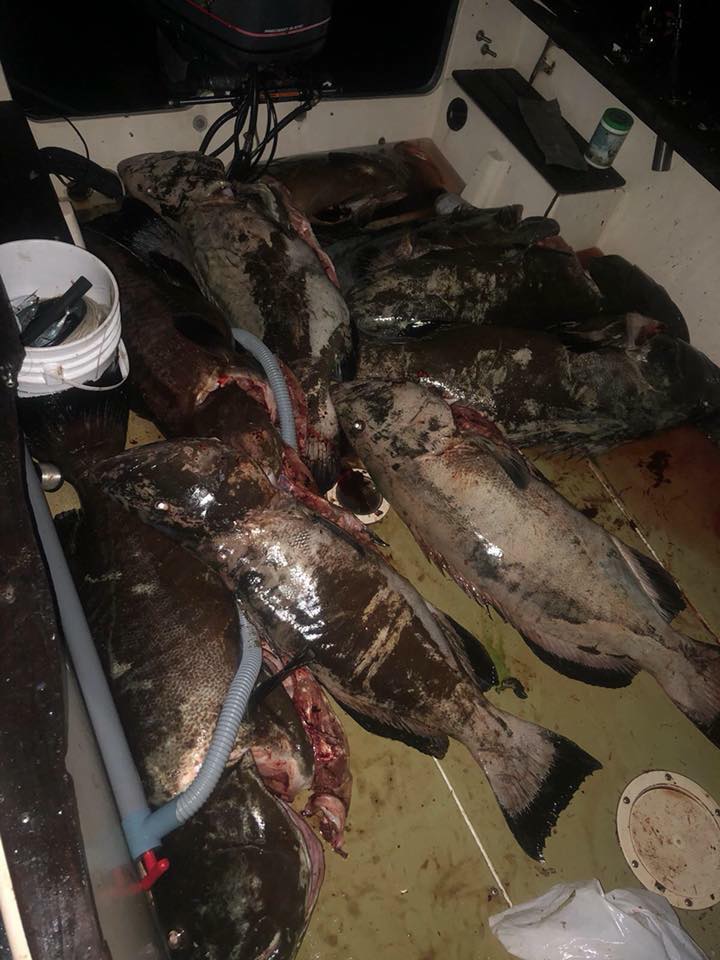 The apparent illegal capture of at least seven black grouper fish is under investigation by the Government’s fisheries department.

A short video clip on social media shows a boat with the protected species, also known as rockfish, lying motionless on the deck.

Conservationists noted the legal limit is one grouper per boat per day, and expressed concerns of the impact of overfishing.

Conservationist Choy Aming has said it is likely the grouper were caught on their spawning grounds, where it is illegal to fish.

A spokeswoman for the Department of Environment and Natural Resources said it was aware of the film circulating, adding its Marine Enforcement Section has “an active investigation in progress”.

The spokeswoman added the law is designed “to limit the harvest for the protection of the species”.

An illegal catch could result in a fine of up to $50,000 and up to two years in prison as well as the possible seizure of boats and equipment.

The film showed at least two men, one with a tattoo on his upper arm, aboard a boat with the fish pictured on the deck. A separate photo was taken of seven groupers lined up on the deck.