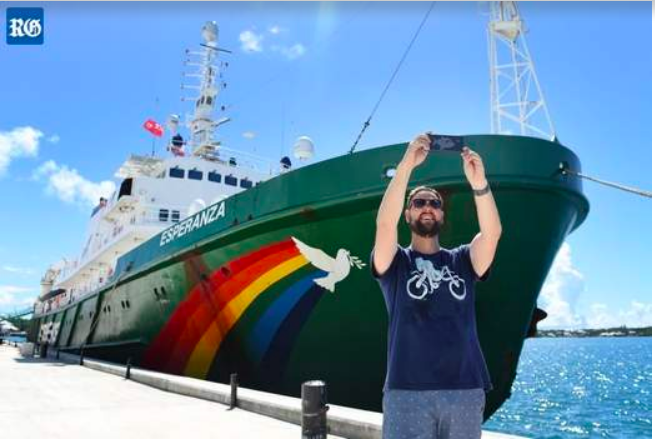 The flagship of environmental charity Greenpeace has docked in Bermuda before it heads out to sea for an expedition to the Sargasso Sea.

The MV Esperanza, on a pole-to-pole mission to highlight threats to the ocean environment, is scheduled to survey the impact of plastic waste on the giant floating mass of seaweed that makes up the Sargasso Sea, home to many sea creatures.

Along with 32 Greenpeace staffers, the ship will be home to Shane Antonition, a Bermudian researcher, and two scientists from the University of Florida.

The ship is expected to stay in the Sargasso for the next 2½ weeks, conducting research as part of the Greenpeace’s Protect the Oceans campaign.

Esperanza crew from Spain and the United States carried out a clean-up at Whalebone Bay, St George’s, after they docked on Saturday.

The combined volunteers collected an estimated 450 pounds of debris in about three hours, mainly plastic items either left as litter or washed ashore.