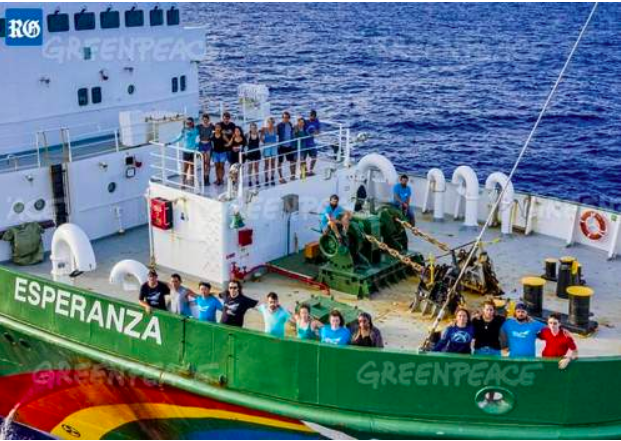 An area of the Sargasso Sea is more polluted with microplastic than a notorious high pollution part of the Pacific, researchers said yesterday.

The shock news came as environmental group Greenpeace revealed the results of a two- week survey of the Sargasso Sea, about 600 miles south-east of Bermuda.

Arlo Hemphill, the senior oceans campaigner for Greenpeace USA, said: “We had at least one sample that had higher amounts of plastic than anything we found in the Great Pacific Garbage Patch.”

He added: “The one sample that was greater than anything in the Great Pacific Garbage Patch had over 1,200 pieces of microplastic.”

Mr Hemphill said it was an “incredibly high” amount and was greater than any sample taken from the Great Pacific Garbage Patch, which was “worldwide famous for having massive amounts of plastic in the ocean”.

Celia Ojeda-Martinez, the consumption programme manager for Greenpeace Spain, added: “A low number of plastics would be fewer than 100 in each sample.

“We never took a sample in the Sargasso Sea with less than 1,000 pieces.”