Concerned members of the public reported the apparent dumping of rubble on arable land at Rural Lane.

Investigation by BEST revealed that the rubble had been dumped at the edge of the field to hide the cropland from public view, according to the land-owner, to curtail theft of crops from the plot, (sadly, a frequent occurrence). The rubble was intended to form a berm at the edge of the plot, be covered with soil and planted with a hedge. Several loads of rubble had been dumped closer to the centre of the plot, leading observers to believe the arable plot was going to be covered and destroyed. BEST was assured that all rubble will be moved to the edge of the field.

Whilst appreciating the problems facing the owner, alteration of land zoned Agricultural Reserve is prohibited by law unless approval is sought and granted by the Development Applications Board. The Department of Planning has been alerted and local residents have offered to keep an eye on developments at the site.

Bermuda’s arable land is constantly under threat from development or destruction. BEST hopes citizens will continue to be alert to such violations and report them to officials and watchdog agencies. 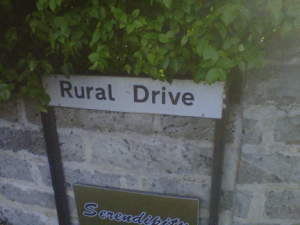 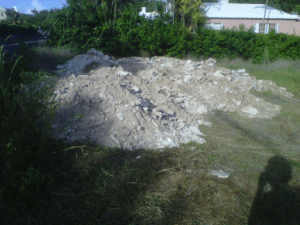