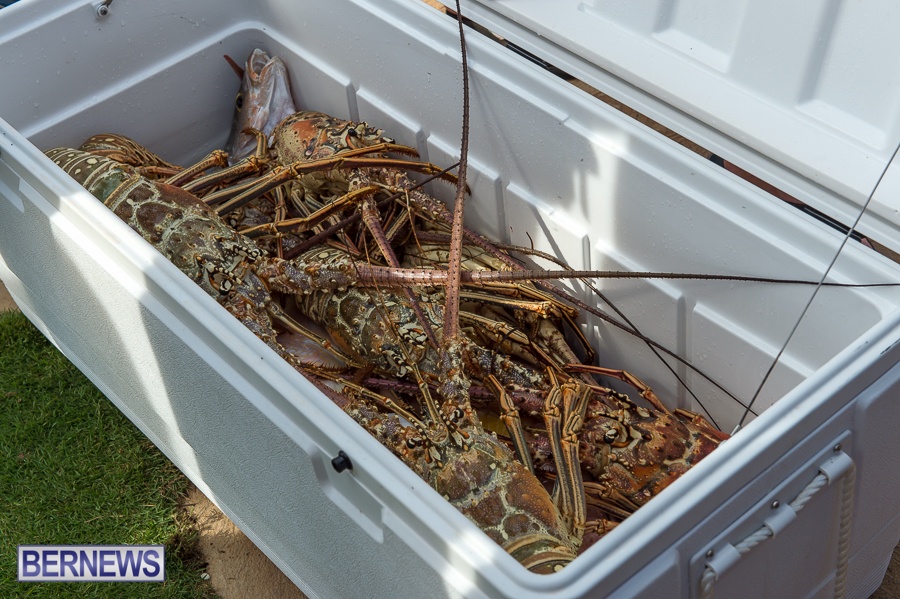 The Minister of Home Affairs Walton Brown today announced a cap of 450 recreational lobster divers for the 2018-2019 season, which opens September 1st 2018.

Therefore, divers licensed last season will only be able to relicense if they have already submitted their statistics to the Department of Environment and Natural Resources.

A Department spokesperson stated that a total of 412 lobster divers applied and were licensed for the 2017-2018 season, although a cap of 500 had been set. The spokesperson also stated that, although divers were required to sign a terms and conditions document to indicate their commitment to abide by the 30th April 2018 reporting deadline, 93 divers had not submitted any statistics.

The spokesperson indicated that the “Marine Resources Board and the Department are still concerned about the long term health of Bermuda’s lobster population, particularly in the shallow areas closer to shore.